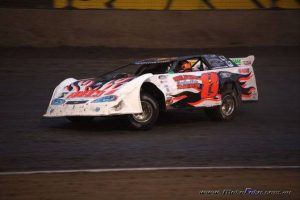 Although not every year, the Late Models have been on the King of Wings program at the Perth Motorplex eleven times out of the eighteen events held at the metro venue.

It’s not an official honour roll, and it has only been called ‘The King of Kwinana’ event a few times, but have a look at the names who have taken the event out.

Craig Vosbergen, winning the event four times, leads the stats ahead of Brad Blake with three (including a points win), Ryan Halliday and Ben Ludlow with two and Brad Ludlow with one.

Can Ryan Halliday or Brad Blake claim another one? Will Brent Vosbergen or Ryan Ludlow keep the family tradition of success alive? Or can someone new grab the trophy?

Find out this Saturday night at the Perth Motorplex!

*Please note, all care has been taken to ensure accurate records from the Motorplex, but the research still continues. This includes the years where trophies were awarded on points, not on features!