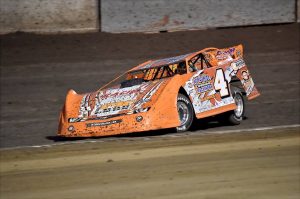 The name Vosbergen has been synonymous with speedway racing in Western Australia for many decades now and this season that dynasty is set to continue with both Craig and son Brent set to race once again.

Last year the team ran a limited schedule in Australia, with Craig only running the USA Invasion Tour and the Australian Title, while Brent ran the remaining shows.

The team also had a successful trip to the USA, where Craig competed in fifteen race meetings, and scored three podium results as well as several top five finishes, not to mention ending up fourth in the Southern Nationals Championship.

This season will see the family team doing much of the same.

“2017/18 will be similar to last season,” says Craig. “Brent will be driving several of the XLI Pro Dirt Series events and I will be doing the Di Candilo Steel City USA Tour in January as well as the Australian Title in Murray Bridge. We also have plans in place to return to USA mid 2018 again.”

With the experience of TeamVos behind them, they have once again set some lofty goals for themselves.

“For me it’s all about finishing at the pointy end of the USA tour races against the Americans and throwing all our efforts at the Aussie Title in Murray Bridge,” says Craig. “At 50 years old we are running out of time to get this notch in our belt, although we have been close several times!”

Brent meanwhile will be looking at continuing his improvement behind the wheel, hoping to continue getting on the podium and maybe even winning his first XLI Pro Dirt Series Race.

Anytime the famous Vosbergen transporter rolls into the pits, their fellow competitors know a real threat has arrived, so we look forward to seeing some on track fireworks very soon this season!