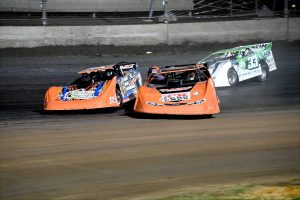 Just two rounds of the BGC Pro Dirt Series remain for season 2020/21, meaning this Saturday night will already be a huge show at the Perth Motorplex.

Coming into the event in the best form is Warren Oldfield, who not only claimed his second WA Title at the last show, but also sits second in the Perth Motorplex Track Championship and leads the BGC Pro Dirt Series standings. As if this wasn’t enough, Oldfield is also shooting for his third Gold Cup win in a row and fourth overall. Can he continue to add to his Late Model legacy?

Jamie Oldfield also returns to Late Models once again this weekend and after a strong podium in the WA Title, would be a big chance to claim his third Gold Cup win. He joins brother Warren, plus Paul Stubber and Brad Blake as the only drivers in the field to have previously won the Gold Cup event and there is a big chance one of these four could grab another.

Kenny Macpherson is the man atop the Track Championship standings, just twenty nine markers ahead of Oldfield and after a number of podium finishes, he is keen to break through for his first ever Pro Dirt feature win.

Jay Cardy, Brad Blake and Matt Amato round out the top five in the Motorplex standings, while Cardy and Blake sit third and fourth respectively in the BGC Pro Dirt standings (Veronica McCann rounding out the top five), so all four of these drivers will be doing their darndest to bank a whole lot more points this weekend.

Names like Brent Vosbergen and Kye Blight have already claimed feature wins this season while others including Kodee Brown, Jason Oldfield, Joe Chalmers, Matt Goodlad and Clint Noakes have also made appearances on the podium and would love to go even better this weekend as all seven drivers have thrown their hats in the ring for the showdown.

David Nylander, Jamie Moon and Freddy Kinsella are just some of the other names in this weekends field who have showed plenty of speed, so you certainly wont want to miss a single lap this Saturday night! 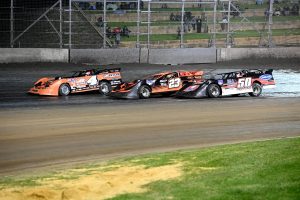