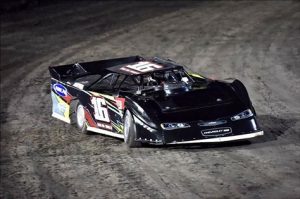 A solid field of thirteen cars have nominated for this weekend, and although numbers are slightly down from other rounds this year, the quality is most certainly there.

Warren leads Jamie by 48 points currently, with Michael Holmes and Jay Cardy tied in third place. Unfortunately one of the notable exclusions for this weekend is indeed Holmes, who has headed across the Nullabor, with a number of big shows being held over east in coming weeks.

This will give Cardy a great chance of banking some much needed points and opening up a break in his chase after the Oldfield brothers as the season begins to draw to a close.

Kye Blight is another who has headed to Mildura with Holmes and will miss out on this weekend’s show, but names like Marc Giancola, ‘The O Show’ Brad Blake and Ryan Halliday will be sure to put on a show to make up for that.

Add in names like the ever improving Ken MacPherson and the very quick Paul Stubber and this weekend’s Dicandilo Steel City Silver Cup is sure to be huge!