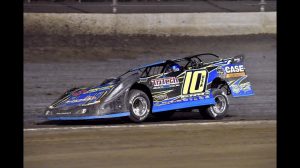 After the success that was the 2017 USA Invasion Tour for ‘Terbo’ Tyler Erb, we are thrilled to confirm in association with HDD Racing, that Erb will indeed be returning to defend his series crown.

In fact, Erb was so strong that his worst finish was a third place: he grabbed three feature wins from four races and finished second in the other, then out of the eight heat races contested he grabbed two wins and was never outside the top three. This gave him the overall series win.

Twenty one year old Erb, from New Waverly, Texas, started racing Late Models in 2012 when he took over his father’s Late Model ride and has had a big career already, with twenty three wins in Late Models alone.

Back in America this season Erb has also had strong results, competing in eighty nine events and grabbing ten wins. His website (www.tylererb.com) also shares that he was very consistent, claiming 53 top ten finishes and 33 top five’s, as well as six weather affected shows. He also finished eighth in the final World of Outlaws Craftsman Late Model Series point standings.

His most recent race results were seventh in the final race of the Outlaws series as well as a feature win in the Southern Nationals.

Terbo has also recently announced that he willTyler will prelude his Australian Racing campaign at the prestigious Valvoline Raceway on the 30th of December with Cameron, then to continue the racing schedule to Western Australia to contest this years 4 Round USA Invasion tour. Tyler will be Driving the New 2018 XR1 Rocket/Durham power-plant in these 5 races. be partnering with Best Performance Motorsports moving forward in his American campaign, but the focus is now squarely on defending his Invasion Tour crown after one warm up event at Valvoline Raceway here in Australia.

Driving a new 2018 XR1 Rocket/Durham machine for HDD racing, Erb will certainly be a hard one to beat during the invasion tour and the team certainly aren’t coming across the Nullarbor to finish second!

Erb will join ‘Mr Smooth’ Billy Moyer and other Americans and all the other local stars to compete in the four nights of the Di Candilo Steel City Late Model Invasion Tour (including the two night Late Model Nationals) at the Perth Motorplex on Wednesday the 9th of January and Saturday the 12th of January, followed by round three at the Make Smoking History Collie Speedway the Friday after (18th of January), with the final round at the Make Smoking History Bunbury Speedway the following night, Saturday the 19th of January. 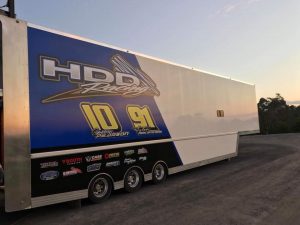