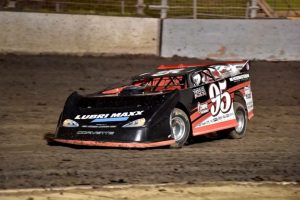 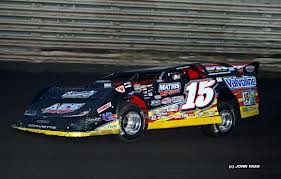 When asked about his first practice drive Jason was excited about the new challenge in front of him “It was great. Some good laps and some not so good. I can’t wait to get out there.”

Bond is yet another driver to step into Speedways most powerful sedans after serving his apprenticeship in the AMCA’s.

Jason is the son of Steve Bond who recently spent a couple of years in WA’s development series and has crewed for Late Model regular Michael Holmes including in the USA in 2013.

The car Jason will campaign this year has an impressive pedigree having previously been the Barry Wright House car in 2012 in which regular WA visitor Steve Francis won the 2012 Knoxville Nationals and the 2012 Topless 100 race.

Fitted with a 430 Cubic Inch Chev from Estes Race Engines Jason and his famous Barry Wright Race car will make their “Racin Tires Prodirt” debut at Bunbury on the 14th of November.