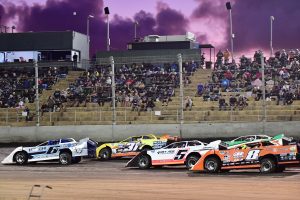 After a few weeks break the Late Models will return to the Perth Motorplex track this Saturday night in the penultimate event of 2019/20 and although the season is winding down, the action is still heating up!

A good twenty four cars have nominated for this weekend’s Silver Cup event, with Carbusters Pro Dirt Series leader Warren Oldfield set to do all in his power to defend his lead in that as well as the Perth Motorplex Track Championship. An incredible eight podium finishes (including one win) has seen him at the front most of the season, but he is certainly not willing to settle and will be looking for nothing less than a win this weekend.

Michael Holmes is the man best placed to challenge Oldfield for the series win and with four podium finishes of his own this season, has shown he is certainly no slouch behind the wheel. He too is desperate to record a win in the final events of the season and could well do that this Saturday night.

Brent Vosbergen has won three features this season while Paul Stubber and Brad Blake have each recorded one apiece and all three drivers will be giving it their all to make sure that they finish the Silver Cup event on the top step of the podium.

Jay Cardy has also featured on the podium this season but hasn’t yet broken through for a win so he will be looking to rectify that this weekend, while others including Red Hot Veronica McCann, David Nylander and Daniel Ameduri have been knocking on the door of a podium finish and could well make that final step forward this weekend.

Add in the returning Joe Chalmers, New South Welshman Ross Nicastri, pocket rocket Laura Byrnes, the impressive Clint Noakes and sensational rookie Matt Amato to just name a few and we should have another great event this Saturday night! 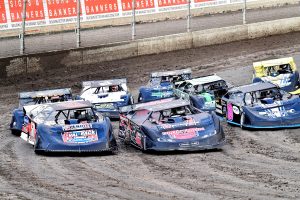