The time has finally come; the off season has drawn to a close and the thunder and lightning Late Models will return to the track this Saturday!!!

The opening round of the 2016/17 Maxima Racing Oils Pro Dirt Series will be held at Ellenbrook Speedway this Saturday afternoon in an event which will double as the annual Ray Tulk Memorial.

A strong field of seventeen cars will hit the track for the opening round, with the nominations led by defending Pro Dirt Series Champion and Ray Tulk Memorial winner Warren Oldfield.

Oldfield enjoyed much success in last years Pro Dirt Series, claiming no less than four main event wins, and will be hopeful of starting off his campaign in a similar fashion, looking to make it four wins in a row in the season opener.

He of course will be challenged by many drivers, none more so than brother Jamie Oldfield and good friend Brad Blake. Jamie claimed a season high five feature wins last year and came third in the Pro Dirt Series while ‘The O Show’ claimed just the one win, but had five podium appearances. Both drivers are chomping at the bit to get back in their cars this weekend and will be doing all they can to ensure they finish on the top step of the podium.

Kye Blight and Paul Stubber both return from an offseason trip to the United States of America, where they took in a lot of racing. Both had some good results, with Blight recently taking delivery of his Ford Cornett powered Revelution #41 machine in readiness for this weekends opener.

Jay Cardy finished on the podium in this race last year, as well as coming second overall in last years Pro Dirt Series, so he certainly knows what it takes to run towards the front. He practiced at the Perth Motorplex on Wednesday night and looked incredibly fast, so will certainly be one to watch this weekend.

Another who practiced on Wednesday was ‘Red Hot Roni’ Veroni 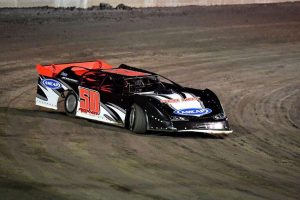 ca McCann, who returns to her familiar #50 this season and will be hoping to continue her success at the Ellenbrook venue where she scored her first Late Model feature victory earlier this year.

She will be joined by Jai Mazzini and former national champion Brad Ludlow on track, with both drivers also undergoing number changes; Jai moving from 42 to 38, while Brad will campaign the #9 as normally run by his father, Sedan legend Ben.

Michael Holmes has stepped down as President of the LMRWA, which means more time to focus on his racing and he will be ready to make an impact straight away on Saturday, while 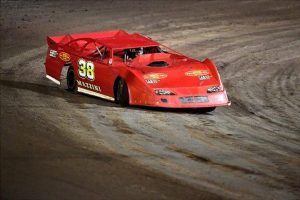 former national champion Marc Giancola will also be ready to apply the pressure to his rivals.

Lee Watt and Matt Goodlad have proved many times that they have what it takes to run near the front of the field and it is pleasing to see both nominated to run this weekend. Once they get over the off season rust both can be expected to perform well in their immaculate machines.

They will be joined by Chris Pavlovich who got quicker and quicker each time he hit the track last year and Hayden Norman, who, despite not having a lot of seat time in the Late Model due to his Street Stock commitments, could be one to watch in the #48 machine this weekend.

Rob Wells has contested a 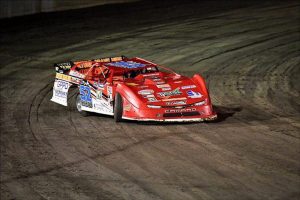 number of development series rounds at the Ellenbrook venue in the off season and will use that knowledge as he attacks the Pro Dirt brigade for the first time, along with another rookie in James Batley.

Racing begins at 3pm this Saturday, with gates opening at 12 noon. Ellenbrook Speedway will be the place to be this Saturday so make sure you are there to see the thunder and lightning Late Models hit the track for the first time this season!