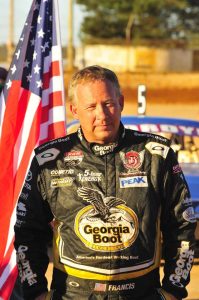 This weekend heralds the start of the biggest and busiest time of the year for the WA Late Model division as the American invasion begins for the annual USA vs WA Tour.

Starting back in 2012, the series has moved forward in leaps and bounds, with some big American names coming over to race in the past and a number of tracks in Western Australia clamoring for their chance to have the Late Models put on a show at their venues.

The 2016/17 version of the series starts at the Perth Motorplex this Friday night where it will be continuing on the Saturday, before heading to Collie and Albany Speedways the following weekend. The four night tour is one that always brings the cream to the top and this year is sure to be no exception.

Headlining the twenty six car field for this weekend’s Late Model Nationals event is no less than three all-star Americans in Steve Francis, Devin Moran and Jason Fitzgerald. ‘The Kentucky Colonel’ Francis has been to WA many times for Michael Holmes racing and in that time has scored no less than thirteen feature wins in Western Australia (including two preliminary feature wins), three of which have come at the Perth Motorplex. He has had a rough year by his own standards in America, coming home 11th in the Lucas Oil Late Model Series, but now back in the Michael Holmes Racing Barry Wright Chassis #USA91, Francis is ready and raring to go once again, hungry for another victory.

Devin Moran, from Dresden, Ohio, returns once again to the shores of WA and will again line up with Jason Moyle Racing to campaign the teams Revelution Chassis #USA99 machine. Moran has been close to tasting feature success a number of times throughout the series in the past and coupled with some recent solid results over East, will certainly be a force to be reckoned with in each and every race.

The final American driver for the tour this year is making his first visit to Australia in Florida’s Jason Fitzgerald. The man they call ‘The Jax Juggernaught’ will be campaigning a GRT car for Halliday Racing and with a number of race wins that led him to victories in the National Late Model Series Championship and the United Dirt Late Model Series, has shown he is no slouch behind the wheel. 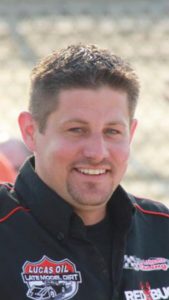 As well as the three American visitors, we are also lucky enough to have Wade Carter travelling interstate to compete. Carter, from Bathurst, NSW, races a Rocket Chassis and is making the trip over to test himself against some of the strongest local and international competition in the country today. The thirty two year old family man has had tremendous family support to get over to WA for the mini-series, as well as assistance from Craig and Brent Vosbergen and is hopeful of rewarding all their efforts with some solid results.

The West Australian drivers have it all ahead of them in terms of possible success, but history doesn’t lie: it’s going to be very difficult. In the history of the USA tour, there have been thirteen feature races held, with Steve Francis winning eleven (plus two preliminaries) and Jeremy Payne two. This means that no West Aussies have broken through for that win, though Brad Blake has featured on the podium four times while Craig Vosbergen, Jamie Oldfield and Warren Oldfield have each claimed podium results three times apiece.

All four of these local drivers are in the field and hungry to grab that first win and show the yanks what we are made of. Interestingly both Jamie Oldfield and Craig Vosbergen have also each claimed at least five heat races apiece, putting them equal third overall behind Francis with around twenty and Moran with at least six: stats that so far overwhelmingly favour the Americans.

Despite this, and along with the four already mentioned local drivers, there is a whole host of other names hungry for success against the Americans including Kye Blight, Paul Stubber, Marc Giancola and Jay Cardy all of whom have had strong local results thus far this season and can be expected to put on a show.

It is truly going to be a battle of the Nations over the next few weekends, and you won’t want to miss a second of the action. For those who can’t make it to the Perth Motorplex this Friday and Saturday night there will be live results posted on the LMRWA Facebook page, Race Monitor will be available to view results as they happen and all the official results and press releases will be posted within minutes of them happening. On top of this we will have Speedway Sedan Digest helping out with videos and interviews, so this event is well and truly going to be available for your viewing pleasure at all points! 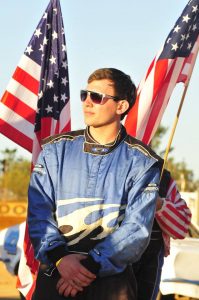