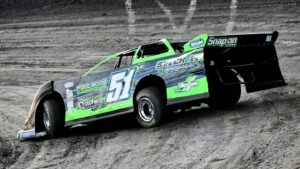 With two shows already in the books, the 2021/22 Pro Dirt season has already been big, and this weekend sees it get even bigger, with more nominations and the return of some of the superstars of the division!
Twenty-six nominations have been received for this Saturday nights third round of the series at the Perth Motorplex, doubling as the City of Kwinana Cup.
Australian Champion Kye Blight (Kye Blight Racing) is hitting the track for the first time this season after last week providing expert comments from the infield and to say that he is chomping at the bit to be part of the action is certainly an understatement. ‘The Highlight’ is desperate to get his season campaign off to a good start and a win is the only thing the likeable youngster will accept come feature time this Saturday night.
Former Australian Champion Brad Ludlow (Ludlow Racing) also returns to the field this weekend, adding an element of spice after only hitting the track twice last season with a best finish of ninth place. He has been running in other divisions recently though so is certainly track fit and if things fall his way, who knows what he is capable of come the main event!
All the series regulars are also back in the field, including ‘King’ Brent Vosbergen (Team Vosbergen Racing – TVR), who is looking to make it three in a row and extend his series lead. His victories have certainly been impressive and although he hasn’t had everything go his way, he has certainly been right where he needs to when it matters and he will be keen to make it three in a row for the first time in the Pro Dirt Series since Blight had his massive winning streak in the 2019/20 season.
Warren Oldfield (Oldfield Racing) also still looking to continue his own streak of seasons with Perth Motorplex feature race victories, while brother Jamie will be hoping to add to his own win tally at the venue, already one of the all-time greats but keen to add to his stats at the Motorplex and give his series points a boost in the process.
Jason Oldfield and Brad Blake finished fourth and fifth respectively at last weekends show and both are also in the top five in overall series points, a stance they would wish to maintain. Blake has shown he is still capable of winning after an early season win at Ellenbrook in the Ray Tulk Memorial, and he would love to add another win to his Motorplex tally, which would put him as the outright winningest driver in the venue’s history.
A number of teams in the field have had some rough results in the opening two shows, but plenty of drivers have also shown glimpses of what they are capable of, so with a few bugs ironed out, we are sure to have another epic showdown this Saturday night! Names like Matt Nylander (Nylander Motorsport), Jamie Moon, Veronica McCann (Veronica McCann – Red Hot Racing) and Luke Halliday (Ryan Halliday Racing) didn’t have the night out they wanted last weekend in particular and will have put plenty of hours in during the week to ensure they give themselves the best possible chance of improving this time out. 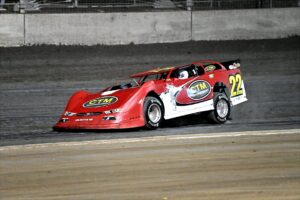