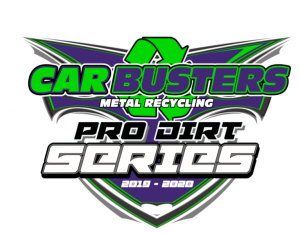 time for talk has officially finished and it is all about on track performance now as the 2019/20 Carbusters Pro Dirt Series kicks off this Saturday at Ellenbrook Speedway!

Round one of the series, again doubling as the Ray Tulk Memorial, has attracted a good field of twenty cars and after a long off season, every single driver is chomping at the bit to get out on track and set the tone for season 2019/20.

Ray and his wife June were awarded Life Membership of the RDA of WA back in 1981 after having played a huge part of shifting the RDA from Wattle Grove Speedway to Ellenbrook. Ray was also one of the founding members of the Late Models, serving in a number of positions including as Treasurer and in Technical. Sadly Ray passed away in 2004 and a memorial race was named in his honour that year.

Four time winner Warren Oldfield and two time victor ‘The 0 Show’ Brad Blake are the only previous winners of the Ray Tulk Memorial in the field and will be fighting hard to add another win to their trophy cabinet, but with such a quality field it is next to impossible to determine who will actually walk away the victor.

Other big names in with a huge chance of victory include defending Pro Dirt Series Champion Michael Holmes, current Australian Champion Paul Stubber and Western Australian Champion Brent Vosbergen, all of whom are desperate to start the new season with a win. 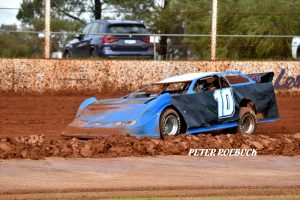 claiming the overall win before a final night mechanical issue derailed his plans and he is looking to get back on track Saturday afternoon.

‘The Highlight’ Kye Blight set the World on fire in the off season and would love to continue that momentum while Kenny Macpherson got a podium finish in this round last season and is keen to repeat, if not better, those efforts.

All the regulars are back, including ‘Red Hot Roni’ Veronica McCann, Daniel ‘Nudge’ Ameduri and Simon ‘Awesome’ McNab while rookies including Cody Avins (fresh off his Winter Series win), Matt Amato, former Speedcar, Sprintcar, Wingless Sprint and Solo star Lee Redmond and Rhys Wells are also in the field. 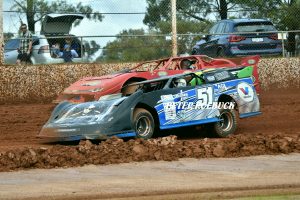 Last years rookie of the year ‘The Flying Pom’ Freddy Kinsella is back for another crack while Jason Oldfield also makes a surprise return to Late Models after having campaigned cars in other divisions in recent years. Add in ‘Smokin’ Joe Chalmers and Rob Wells (starting his biggest Pro Dirt Series campaign to date), and this is set to be one of the most hotly contested opening rounds in recent history!

So who will draw first blood for the new season? Be at Ellenbrook Speedway this Saturday the 12th of October to find out! Gates open at 12 noon with racing from 3pm.

Pics: This weekend will give some of the stars of the Winter Series their first chance to test their skills against the big guns in the Carbusters Pro Dirt Series! Pics Courtesy Peter Roebuck.