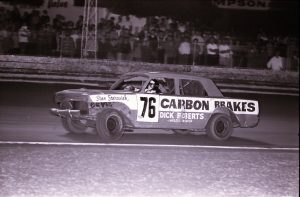 This weekend will not only see Late Models return to action in what will be the eighth round of the BGC Pro Dirt Series, but also hit the track to honour a list of legends of our sport, in particular Stan Starcevich.

A two time Saloon Car WA state champion (1972/73 and 1973/74), Stan ‘The Man’ Starcevich ran an EH Holden for Carbon Brakes in his first season, then built an HK V8 and campaigned it for Bob Jane Tyres. One of Stan’s sponsors Anderson Ford then bought him the ex-Carbon Brakes Falcon of Rod Watson. Stan installed the motor from his old sports car into the Falcon and proceeded to win five races straight – but missed the 1971-72 State title by just one point to Fred Nelson.

He won a total of 26 features races at Claremont in Sedans and was also named the inaugural Aub Lawson Medallist for the fairest and best competitor at Claremont in the 1972-73 season. It is for these reasons that the Perth Motorplex and Late Models will this weekend honour him.

A good field of twenty three nominations have been received for this weekend, with drivers keen to not only honour the legends, but also grab another points haul for both the BGC Pro Dirt Series and the Perth Motorplex Track Championship.

Brad Blake is in the box seat for the Motorplex Track Championship, while Warren Oldfield holds the lead ahead of Blake in the Pro Dirt Series coming into this weekend’s show. Both come into the show hot on the heels from some drama in the last show: Blake sustaining engine damage while Oldfield, now aboard the MHR #91 machine, was unable to start the last feature race, so both will be hoping to bounce back on Saturday night.

Veronica McCann and Ken Macpherson are locked in a battle for third in the Pro Dirt Series: just one point separating them, while Macpherson is also second overall in the Perth Motorplex Track Championship. Both will also continue looking for their first career Pro Dirt Series feature wins and after coming close on a number of occasions, this could well be the night.

Australian Champion Kye Blight is expected to rejoin the battle this weekend, while Paul Stubber returns after missing the last show. They will be joined by fellow competitors Kodee Brown and Jay Cardy and all are keen to find their way back onto the winners podium. 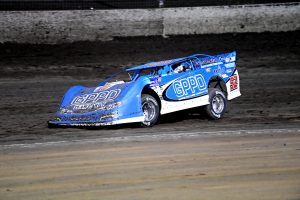 We also have a couple of exciting additions this weekend, with Freddy Kinsella jumping aboard the Craig Greentree #33 machine after taking most of the season off, while Craig Vosbergen is back aboard his familiar #8 machine for the first time in just over a year.

Add in a whole bunch of other names capable of running up the front including Jason Oldfield, this weekend aboard the #15 machine, Matt Amato, ‘Smokin’ Joe Chalmers, Clint Noakes and David Nylander amongst others and it would be a brave person to pick a winner from this high quality field!

Racing begins this Saturday night with action on track from 4.30pm and racing kicking off from 5pm. 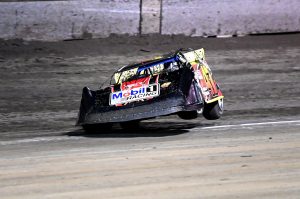