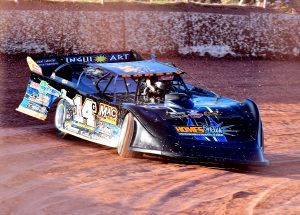 The 23rd annual WA Late Model Title will be held this weekend at the Perth Motorplex and with a stellar thirty cars nominated, it is anyone’s guess who will claim the WA1.

Defending WA champion Brent Vosbergen has been in good form with two wins already this season and after a strong performance in the Australian Title a few weeks ago, plus two more podium finishes in the last two shows, he will be a strong favourite going into the event.

Potentially an even hotter favourite than Vosbergen will be newly crowned Australian Champion Kye Blight. ‘The Highlight’ has now won six feature races in a row, not to mention a total of eight heat races this season, so would love to continue his hot streak and claim his first WA Title this Saturday night in what will be his final race for season 2019/20.

Aside from Vosbergen, there is another six former champions in the field, including Brad Blake, Craig Vosbergen, Warren Oldfield, Ryan Halliday, Marc Giancola and Paul Stubber. Blake, who has nine WA Title wins already to his name is desperate for number ten, while Craig Vosbergen is looking for his third success in the event.

The other four competitors have each won the event once previously, with Oldfield and Halliday each having podiumed on four other occasions and looking to better those results, Oldfield in particular hoping to advance another position after having been on the podium the last three years in a row.

As always, there is a whole host of drivers looking to inscribe their names on the trophy for the first time: names like Jay Cardy, Jason Oldfield and Michael Holmes have all finished on the podium without being on that elusive top step.

American Joe Godsey has remained in Perth and will have another crack at a feature win after some great results in recent weeks, while New South Welshman Bruce McKenzie is set to finally pilot his machine after missing an earlier show and then stepping aside to let Ben Nicastri run it in the Australian Title.

Clint Noakes will make his return to Late Models after racing in other divisions for a number of years while fellow Production Sedan graduate Daren Currell is also set to make his Late Model debut.

Other names the ilk of McCann, Ameduri, Macpherson, Kinsella and Amato are also in the field and with such vast amounts of talent right through the field, there are huge numbers of potential winners come feature time Saturday night.

So, who will walk away as WA 1? Be at the Perth Motorplex Saturday night to find out! 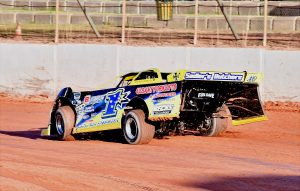