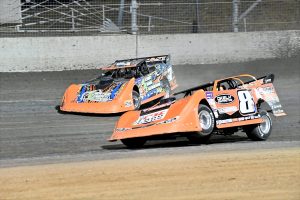 Over the last twenty years, Late Models have contested the King of Kwinana event at the Perth Motorplex on fourteen occasions, and this weekend will see them return to the venue for the fifteenth running of the event in a show that also doubles as Round Three of the BGC Pro Dirt Series!

All five of these drivers come into this event with varying fortunes: Blake the last start winner with a victory that reset the record books (and as a three time winner of the King of Kwinana event), Oldfield coming in fresh off two podium finishes from two starts and Kodee Brown who claimed third in his first event of the season. In contrast, Paul Stubber comes into the event with an eleventh and a DNF, while Blight hasn’t been able to start a feature race so far this season with engine woes.

Although a tale of contrasting fortunes for these five big names of WA Late Model racing, all will be throwing everything but the kitchen sink at the event this weekend to get themselves back on the top step of the podium once again.

Of course, these five drivers aren’t the only ones looking to make an impact this weekend, with names like Jay Cardy, Brent Vosbergen, Michael Holmes and Ken Macpherson all having shown in the past that they are capable of being at the front. Vosbergen comes into this event as the defending King of Kwinana, having continued the family history and emulated his father Craig’s four victories last season. He will be keen to bounce back after finishing sixth in the last show, while Jay Cardy, who finished one spot further up in fifth place, will also be looking to build on that positive result.

Macpherson already has a podium finish and a tenth place to his name this season while Holmes is still aboard the Jock Murray owned #20 machine as he awaits the arrival of his new car, in which he has already claimed a fourth and a seventh place.

Veronica McCann has been consistent so far with a fifth and an eighth in the two season opening features and would love to finally break through onto the podium this weekend, while David Nylander had a career best meeting at the last Motorplex show and would love to go one or two spots better this time out.

One driver making his first appearance in a number of seasons is Matt Goodlad. Although toning down his paint scheme this season (by his own admission!), Goodlad is certainly not toning down his efforts, and has in seasons past shown he can be right on the pace. If things go his way this weekend, he could well trouble the front runners as he competes in the first show of a limited schedule this season in the lead up to the to be announced State Title.

David Boyes also makes his first Pro Dirt appearance for the season after a solid run in Kalgoorlie a few weekends ago, while Matt Nylander is hopeful he too will hit the track for the first time in a number of years after mechanical issues kept him sidelined from the Motorplex season opener a few weeks back.

The final new piece to the puzzle will be rookie driver Brendan McKeagg. Although not a rookie Speedway driver, this will be his first race meeting in a Late Model, believed to be driving a car out of the Ludlow stable, and shouldn’t take long to get on the pace.

Add in a whole host of other names like rookie star Laura Byrnes, the always improving Joe Chalmers, 19/20 season rookie of the year Matt Amato and Daniel Ameduri who is in a race against time to ensure the car is ready for the weekend after an incident at the last show and we are sure to have yet another fast and furious night of motortainment this Saturday! 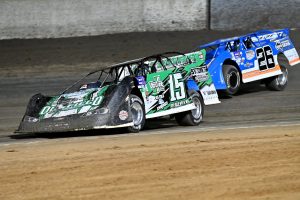