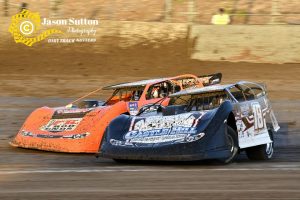 This weekend will see Late Models return to action in the sixth round of the Perth Motorplex Track Championship, with the event doubling as the third annual City of Kwinana Cup.

Michael Holmes won the inaugural Kwinana Cup, while last year it was Paul Stubber who claimed the win, but with both not in the field this weekend, we are guaranteed a new winner!

Of course, there is good reason for both not being in the field: Holmes (who was also second in this event last season) has stepped out of the driver’s seat in a huge announcement this week, with Warren Oldfield stepping into the #91 machine. This combination of driver and machinery is certainly a potent one and it shouldn’t be long before the results come for the team. Stubber meanwhile has vacated his seat to allow Pat Van Brakel to get some seat time.

Jay Cardy was third in this event last year while Kye Blight was third in the inaugural year, and both would love to move further up the podium, Blight to repeat his successes from the last show (which was an epic feature, just in case you missed it!) and Cardy to grab his first feature win of the year. They would also like to move up the Motorplex Track Championship standings, in which they are currently seventh and thirteenth respectively.

The man currently leading those very same standings is Brad Blake, who has so far had a good season with a feature win, four podium finishes and three heat wins. He would love to not only extend his lead over second placed Warren Oldfield, but also grab the feature win that would see him become the sole winningest driver of feature races at the Perth Motorplex, across all divisions.

Of course, there is a whole field of drivers determined to stop that from happening, including Ken Macpherson and David Nylander. The duo, who sit third and fourth in the Track Championship standings respectively, have had breakout seasons with strong results, and both have been making the most of their updated equipment. It is only a matter of time before they break through for feature wins and they could well do it in this weekend’s thirty lap affair. 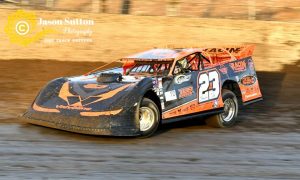 Joe Chalmers is another who showed plenty of speed recently before his momentum was bought to a screeching halt after mechanical issues, so the team are hopeful they can put that behind them and build up speed once again, while others including Brent Vosbergen, former National Champion Kodee Brown and the returning Matt Goodlad would all love to get back on the top step of the podium come feature time.

Clint Noakes is also back in the seat and ready for a good run, joined by names like Matt Amato, Jason Oldfield and Daniel Ameduri who have all shown speed at different times this season and could also break through for a big win.

Other including Jamie Moon, Laura Byrnes and Matt Nylander will be hoping to make their presence felt throughout the event, with four heat races on the cards ahead of the all-important feature. 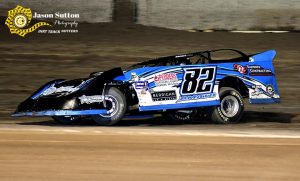 It is going to be another huge show and with twenty two ground pounding Late Models nominated, you won’t want to miss it!