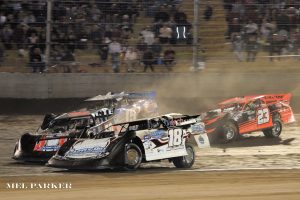 This weekend is a big one for Late Models, with the 2020/21 season set to come to a close, and with both the BGC Pro Dirt Series and the Perth Motorplex Track Championship on the line, we are sure to see some epic battled!

As if that wasn’t enough, we will actually see Late Models competing across two nights at the Motorplex, meaning double the action and double the enjoyment!

Friday night will see drivers having a development style event, with no series points on the line, rather just drivers getting the chance to get more laps under their belts without the pressure of the Pro Dirt Series. It will also give competitors the chance to trial different setups and maybe even test out some new lines on the racing surface.

Kye Blight has nominated for Friday and will come in as favourite for that, while others including Shaun Cubbage, Graham Murray, Richard Wells, David Boyes and Jac Dolmans will all relish the opportunity to have a run on the high banks. There is also the potential that a couple more drivers will also join the field to have some fun on Friday.

The following night is a big one, with Saturday seeing the final round of the BGC Pro Dirt Series as well as the Perth Motorplex Track Championship and with the points battle set to come down to the wire, it is sure to be an intense show.

Mathematically speaking, Jay Cardy, Veronica McCann and Paul Stubber could all leapfrog into second in the Pro Dirt standings if results go their way, while Cardy and Matt Amato are in the same position in the Track Championship, so we are certainly in for a wild night!

Of course, names like Australian Champion Kye Blight, former WA Champion Brent Vosbergen, last start winner Jamie Oldfield and the impressive Joe Chalmers will also be looking for a feature race win and if recent form is anything to go by, all could well grab the feature victory on Saturday night.

This weekend is one of the biggest events ever seen at the Motorplex, with Friday night scheduled to have racing begin from 6pm, while racing on Saturday will begin from 3.30pm, one of the earliest shows ever!

Make sure you don’t miss a single second of the action!