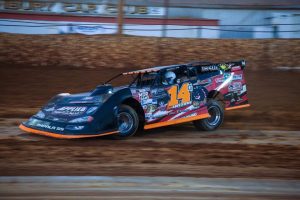 USA14G – Joe Godsey
Arrived early in Australia to get some rest and relaxation, but also to get some laps in before the Invasion Tour started! Came third in his opening heat before a DNF in his second at the last show. Finished eighth in the Invasion Tour series last year, with a number of heat wins and a best finish of sixth in the opening feature event. If everything goes his way, is a real threat to sneak onto the podium! 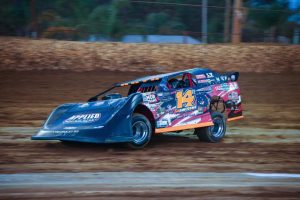 Roth Motorsports big gun also headed out to Australia early to get one show in at the Motorplex, where he came
10th and 6th in his heats at the last show to qualify out of position twelve. Roth was twelfth in the Invasion Tour series last time out with a best finish of eighth in a feature race amongst some other rough results. Another who cold record some strong results.

WA19 – Simon McNab
Running 13th in the Sims Metal Management Pro Dirt Series, with an 11th and a 7th in the last rounds heats. Was seventeenth in last years Invasion Tour with a best finish of fourteenth (twice). Has steadily gotten back on the pace this season and is able to make his way to the front if everything goes well for Awesome! 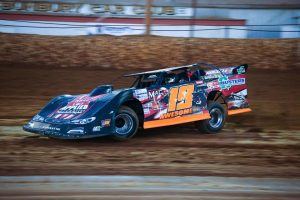