Late Models have well and truly become a staple of the Speedway scene in Western Australia in the last twenty years or so.

There have been many races run and won, with a big part of the history being created at the world class, state of the art venue, in the Perth Motorplex. 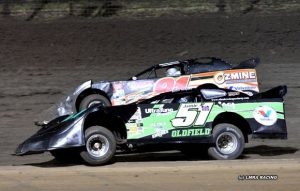 The statisticians have been working hard in the last year or so to put together some track stats for the venue and although not fully complete at time of publishing this article, we thought that we would share some of them to give everyone an idea of what we could possibly expect coming into the Late Model Nationals this weekend.

Over the past seasons there have been to this point sixteen Perth Motorplex Track Championships awarded, with Brad Blake leading the way with four victories, as well as another two podiums.

Warren Oldfield and Jay Cardy have each won three versions of the season long point score for the track, with Oldfield on the podium on one other occasion while Cardy has had three more appearances, coincidently all in the last three seasons.

Craig Vosbergen has won the Track Championship twice while Ryan Halliday, Ben Ludlow, Marc Giancola and Brad Ludlow have each had one victory. Of these eight drivers, six of them will be racing this weekend and with both nights forming rounds of the Track Championship, currently led by Brad Blake by just ten points over Jamie Oldfield, it is sure to be another nail biter.

If we delve even further into the record books we can see that, according to the research conducted so far, there have been a total of 143 Late Model features conducted at the Perth Motorplex venue, with victories shared amongst twenty seven different drivers.

Heading this Late Model feature list, and in fact sitting in the top three all-time feature winners at the Perth Motorplex, is Brad Blake who has recorded at least thirty four wins across the venues history. Next best is Craig Vosbergen with twenty victories to his name while Warren Oldfield, Brad Ludlow and Ben Ludlow are all just one win apart on 13, 12 and 11 victories respectively. Just one behind them again is Jamie Oldfield and Ryan Halliday who have each recorded ten feature victories.

If Blake can record just a few more feature wins he could quite potentially move into top spot not just for Late Model feature wins, but also all-time Perth Motorplex feature wins.

Meanwhile, other names to feature on the list that are racing this weekend include Marc Giancola with four Late Model wins, American Steve Francis with three and Jay Cardy, Matt Goodlad and Michael Holmes each with one win apiece.

However, just because there 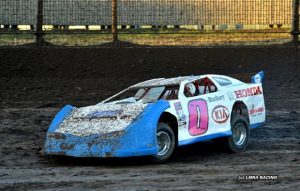 are eleven drivers in the field that have previously won a feature at the Perth Motorplex, it doesn’t mean that one of the other drivers won’t break through for their maiden Motorplex feature win. Perhaps even Americans Devin Moran or Jason Fitzgerald could win a feature and become just the fourth American to achieve the feat at the Motorplex, behind Francis, Jeep Van Wormer and Doug Drown. Maybe even Wade Carter can break through and become just the fourth interstate driver, and first New South Welshman, to grab a Late Model feature win along with Allan Butcher (Qld), Darren Kane (Qld) and Chase Karpenko (NT).

No matter what happens, you won’t want to miss a second of the action this Friday and Saturday night, because this is certainly going to be one series for the history books!