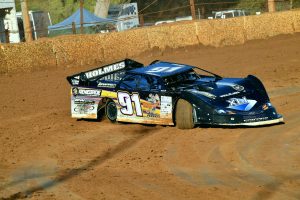 Just one week after their triumphant return to the Perth Motorplex, the Late Models competing in the 2018/19 Sims Metal Management Late Model Pro Dirt Series will now head down the highway to compete in Round Nine as part of the annual Krikke Boys Shootout at Make Smoking History Bunbury Speedway!

A good field of fifteen cars has nominated for the event including the last start feature winner, the Australian Champion and a returning favourite amongst others.

Brad Blake was sensational in the last round, grabbing another win at the Motorplex venue and in the process moving into fourth place overall in the series. Now back at his home track, Blake will be keen to grab his second win in a row and build on his third-place finish in his last visit to the track. A solid result could perhaps even move him further up in the points standings!

Michael Holmes still clings to the series lead coming into round nine, but won’t be content to settle with his performance in the last round where he came home fourth. Holmes has won at the Bunbury track previously, not to mention finishing fifth against some world class competition at the last Bunbury show and is a big chance of being on the podium once again.

Interestingly, in the last three years there have only been two different winners at Bunbury in the Krikke Boys Shootout races for Late Models, despite the level of competition in the division never having been higher.

Back in 2016 former Australian Champion Marc Giancola went on to defeat Blake and Kye Blight while one year later Giancola again found himself on the top step of the podium, this time outlasting Brent Vosbergen who improved on his previous 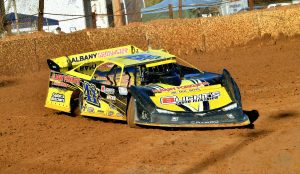 year’s fourth place while Brad Blake was on the podium again, this time in third place.

Last year Late Models featured on both of the two nights of the Shootout, with the opening night seeing Kye Blight down Paul Stubber and Warren Oldfield while the very next night Blight again recorded the win, this time with Michael Holmes in second while Warren Oldfield was third for the second night in a row.

Both Blight and Giancola have nominated for this weekend’s show and are keen to continue their impressive records, Blight in particular looking for a good run after being out of the seat for a while. Warren Oldfield has also nominated for the show and will be looking to improve on the pair of third placings, especially considering his form at last weekends show where he came home a strong second after having started from pole position.

Of course, also in the field in the Australian Champion Paul Stubber and Australia #3 Jay Cardy. The duo sits fifth and second respectively in the overall series rankings, with Stubber having come home fourth and Cardy seventh in their last appearances at the Bunbury venue. Both are looking to bank a pile of points towards the series, but even more than that, are hunting for that main event win!

Add in names like Brent Vosbergen, Ken Macpherson, Jayden Meckenstock and Joe Chalmers who are all looking to record their maiden feature wins and really stamp their authority on what is one of, if not the, most competitive and exciting divisions of speedway racing while others including another Bunbury local in Jamie Moon, Fast Freddy Kinsella, Awesome Simon McNab and Kenny Melvin are also in the field and with them, we have everything we need for another rip snorting show this Saturday night! 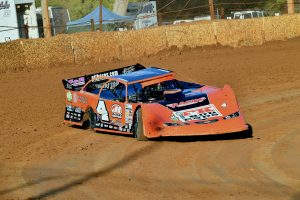 Pictures: The Late Models are heading back to Bunbury for the first time since the Invasion Tour! Peter Roebuck Pics.