The inaugural Ultratune Morley USA Late Model Invasion Tour commenced at 2012 with the opening round run at Manjimup Speedway over two nights on the 1st and 2nd January.

The first night shook the small southwest town into the New Year and the ground rumbled when the powerful Dirt Late Models hit the extremely fast track. 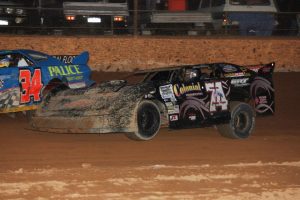 An impressive field of 25 Dirt Late Models arrived at Manjimup to contest the opening round, including Americans Steve Francis, Jeremy Payne, Steve Shaver, Doug Drown and a then 17 year old Devin Moran.

With all but two drivers lining up for the Preliminary A-Main on Night One, Steve Francis, who started the event from the front of the grid bolted to the race lead and could not be challenged from there. Even in lapped traffic the driver from Ashland, Kentucky powered his way to a commanding victory from Brad Ludlow and Steve Shaver.

As the drivers got set for night two at the Manjimup Speedway, Doug Drown would see himself in a new car, now driving for Chris Biddle in the now USA24. 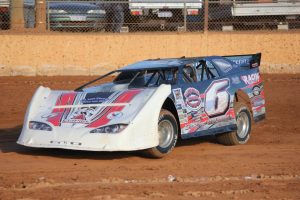 When the final got under way again, Steve Francis was the clear leader of the final race weaving in and out of lapped traffic with Shaver following closely behind until a blown tyre had Shaver pull infield. Francis also pulled infield with just twelve laps remaining when his engine gave out. From there it was Jeremy Payne who went on to take the win from Brad Blake and Doug Drown

Collie would be the second stop for the Dirt Late Model drivers. With the counting cost increasing for some of the drivers after the first round at Manjimup, the loyal Late Model fans saw a few changes in the line-up. Steve Francis damaged an engine in the final race at Manjimup Speedway, so good friend Michael Holmes stepped out of his 91 machine to give Francis a chance to continue. Other drivers who were in different cars included Jason Oldfield in Simon McNabbs 49, and Doug Drown continuing racing the Chris Biddle 24.

The American drivers had their cars set up perfectly for the Collie track which started off rough, but eventually settled down to a multi-lane track, with the American’s not afraid to take the high line and make some outstanding passes around the outside. 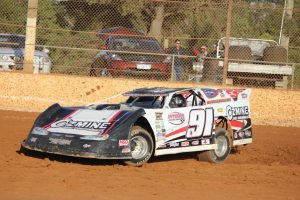 The racing was once again hard and fast, pushing the Australian guys to the limit. The heat races saw the Aussie drivers fight hard to compete with the speed and smooth driving ability of the overseas visitors. The professional American driver’s dominated, with Steve Francis winning both his heat races, and Doug Drown and Steve Shaver winning a heat race each.

The final 30 lap race was full of fast paced surprises with Jeremy Payne leading from start to finish after starting off the front row. Steve Francis qualified on pole but a race incident on the first lap forced him to retire to the infield for the night. Doug Drown started out of third and collected the back straight fence when he drifted too high ending his chances of a podium finish on lap 7. Jeremy Payne was the clear winner of the Feature, followed by Warren Oldfield, with veteran driver Ben Ludlow in third. 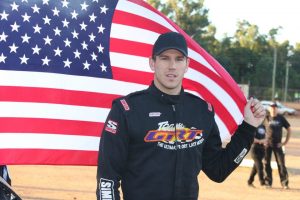 Photos thanks to Wayne Martin.