It’s time for Powerpalooza and the Late Models have responded in kind, with twenty two drivers nominating for the opening Motorplex showdown of the year.

In what will also be round two of the XLI Pro Dirt Series, a strong group of some of the best Late Model pilots will fight it out for honours, including Brad Blake, Warren Oldfield and Ryan Halliday.

Blake comes in as the XLI Pro Dirt Series leader, courtesy of winning the opening round at Ellenbrook Speedway a few weeks back. He has shown that he still has the speed and ability to contend for round wins and will be hoping to get his thirty fifth feature win on Motorplex soil this Saturday night. 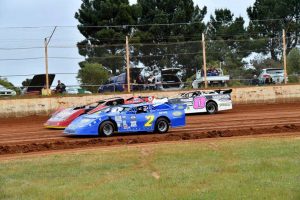 Oldfield and Halliday will be hoping for their seventeenth and eleventh Motorplex feature wins respectively, with Oldfield hot off a podium finish in the opening round while Halliday put down some great laps at practice recently. Both will be hard to beat this weekend.

Jay Cardy grabbed a podium finish last time out while Matt Goodlad was hot on his tail in the same race, so both will be hoping to go that little bit better and claim the round win this time out.

Veronica McCann, Mick Comley and Daniel Ameduri didn’t quite have the opening event that they were hoping for, while Simon McNab failed to start the opening feature after car troubles, so all four drivers are hungry to improve their results.

Add in a plethora of other competitors making their first appearance for the season including Paul Stubber fresh off his American tour, Jai Mazzini and Jeremy Hale who are keen to get some results on the board and rookies Nathan Callaghan and Aaron Hancock in their first XLI Pro Dirt Series appearances ever as well as a whole host of others and we have all we need for a massive opening showdown.

Action is this Saturday night, the 28th of October, with racing action from 6pm while Late Models are scheduled to make their first appearances from 7.30pm. This event also showcases Drag Racing and Burnouts, as well as hosting a Show and Shine Car Show, so it is set to be a big one that race fans most certainly will not want to miss. 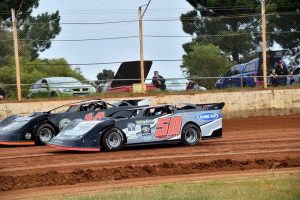