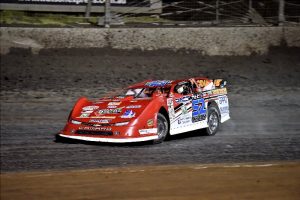 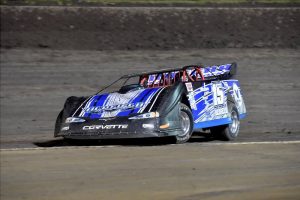 A huge field of the thunder and lightning Late Models have nominated for this weekend’s show at the Perth Motorplex on Boxing Day, and with this being the last hit out at the venue before the upcoming Australian Title, drivers will be pulling out all the stops to ensure they are towards the pointy end come feature time!

Great numbers of twenty eight cars have nominated and with the festive season coming to a close, all of them will be hoping to finish on a high.

As has been the case so often, the Oldfield brothers Jamie and Warren headline the nominations, with each having claimed multiple feature wins already this year. This weekend the duo becomes a trio as brother Jason also returns to the fray and he would love to be the cat amongst the pigeons this weekend and grab a solid finish.

Former Australian Champions Ryan Halliday, Brad Ludlow, Brad Blake and Marc Giancola have all nominated for the event and will be using it to fine tune their cars ready for the title. That being said, all these men are racers at heart and nothing less than a win will satisfy them.

Jay Cardy will return in his brand new car and after a solid debut last weekend will be hoping to get even more out of it, while Craig Vosbergen will be hoping for a better night this time around after mechanical issues.

Michael Holmes will once again look to take his second feature win out for the season, while last weekend’s second place getter Kodee Brown will be hungry to continue his development and snare another strong finish.

Names such as Ken MacPherson, Paul Stubber and Morgan Melvin have shown a lot of speed so for throughout the season and this weekend will see them once again working to convert that into some solid results.

A whole host of other names are also nominated and with so many drivers anyone could win. As is so often the case, anything can happen in speedway and usually does so make sure you get your backside trackside for what is quite simply going to be a massive show!

Pics: Jay Cardy in his new car and Warren Oldfield will be tough nuts to crack this Boxing Day!