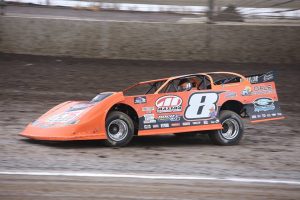 Hot on the heels of yesterday’s nomination announcement for Round Three of the Di Candilo Steel City Invasion Tour at QUIT Collie Speedway, we are pleased to also reveal the current nomination list for the final round of the series to be held at Albany Speedway this Saturday night, the 20th of January.

An almost identical list of competitors have nominated for the show, with no less than twenty nine cars hoping to be in the pits.

This is of course assuming that everyone gets through unscathed from Collie on the Friday night, but with the quality of racing that we have seen across the two nights thus far, not to mention the standard of racing here in Western Australia all season, it is a distinct possibility that we will have a full field!

Without going into too much detail on the nomination list, all five American visitors as well as our four Interstate guests have nominated for the show and will be hopeful of ending the series on a high.

American Steve Francis won this round and the series last year, while Devin Moran and Paul Stubber rounded out the podium. Francis is obviously not here this year so Stubber and Moran in particular will be keen to fight hard and grab that elusive feature win on Saturday night. Stubber has also come second at the venue in the WA Title two seasons ago, so certainly knows what it takes to run towards the front at the venue and will be racing hard to achieve that once again.

Fellow American Jason Fitzgerald will be keen to make amends after coming home twelfth at Albany last season while Joe Godsey and Jeff Roth would love to finish their tours of Western Australia on a high. 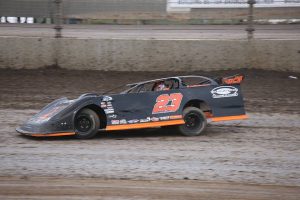 The only interstater that has raced at Albany before is Ben Nicastri and he did it with success, coming third in the WA Title two seasons ago. He will use all this knowledge to help propel himself forward again this time around while fellow New South Welshman David Doherty and Ryan Fenech, as well as Victorian Cameron Pearson will also be hoping to make a lasting impression.

Of course the local brigade will be keen to avoid this and with the likes of Kye Blight, Craig Vosbergen and Michael Holmes also in the field, you can rest assured that whoever does claim the win will certainly have earned it!

The only change to the Albany field from Collie is the omission of Paul Joss, but Jai Mazzini will be a welcome addition to the field.

Why would you be anywhere else but Albany Speedway this Saturday Night!?!?