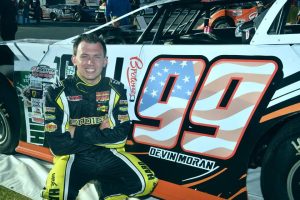 Over the past few years a lot has been made of the fact that a West Australian has never claimed around win in the USA vs WA Invasion Tour.

This event, running in forms since 2012, has seen twenty one feature races held across that time. Interestingly (for American fans) and sadly (for Australian supporters!) of those twenty one feature events, Americans have claimed every single victory while an Australian has never found their way to the front of the field.

More to the fact, only four drivers have actually ever claimed the victory, two of which claimed their firsts last year. ‘The Kentucky Colonel’ Steve Francis leads the field with fifteen of those wins while fellow American Tyler Erb has three, Jeremy Payne has two and Jason Fitzgerald has one.

With only Erb in this year’s field, will he be the one to add more wins to his tally or will we see a new winners name added to that list, and even more so, will the American domination continue or will an Australian finally break through to grab that elusive win?

Adding to this, we have had four preliminary features, once again with all four going the way of Francis, such was his dominance in the Michael Holmes owned Barry Wright Racecars #91.

Looking at podium finishes and there are fifteen drivers that have garnered a top three finish across those twenty one races, with Francis obviously leading with fifteen. American Devin Moran and Australian Craig Vosbergen are next best with six appearances a piece. Erb, Jeep Van Wormer, Payne and Brad Blake have each had four podium appearances while brothers Jamie and Warren Oldfield have also scored three podium finishes each, as has Paul Stubber.

If we delve even further, we can see that across the Invasion Tour history there have been a total of one hundred and twenty six heat races held, with wins shared by thirty one different drivers.

So, now with the 2019 version just about on us, the question remains, will the winners list stay at four or will there be a fifth person to add their name to the winners list? Will the American domination continue or will an Australian finally breakthrough for that first win?