Started Racing Late Models in - all ive had is a practice session at Bunbury speedway and it is awesome …should have done it years ago!

Favourite Track - Tom Price Speedway, up north where I began my racing

Career Highlight – There is a few but not in Late Models yet! WA2 Sidecars state title at Claremont 1996,  WA1 Super Mods at Moora speedway 2015/16 season,  WA2 Narrogin 2016/17 season and my first ever win as a junior at the age of 10 at the Fenacl Festival in Karratha 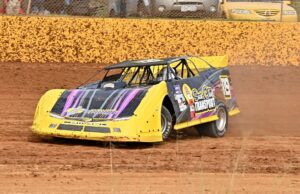