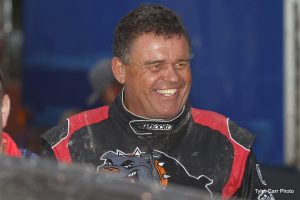 RESIDES     The secluded private estate, Maddington by the sea, WA.

Started Racing Late Models in - Racing is probably a generous term, driving is closer, being taken for a drive is probably more on the money. It was way back, hence I forget more than I learn these days  I’m not one of these guys that can tell you what happened after the race ...... (in other words, 1997)

Why Number #19? – Yes, why? Actually, I won a raffle in Primary School with that number and it’s the only thing I’ve won, so it’s definitely very lucky. I’m expecting a deluge of winning experiences any day now.

Favourite Track – Perth Motorplex early or late in the season; slick tracks and finesse are a little shy of my tremendous talents.

Career Highlight - There have been so many, success is indeed synonymous with my every adventure! Probably the most memorable was running a solid 18th in the National Title last year, then spinning (unusual!) and being sent to rear, then ‘racing’ back to 20th  then getting relegated two spots for jumping the start, plus two more for infield excursions. 24th at my home track in a title ...enviable I’m sure.

Most admired competitor - Scott Bloomquist, who can go past that guy? On three wheels or four, the interviews, the controversy, the aliens! Being a role model for like, no one. Plus he said “I have a great feel for the car’’ and straight away I could relate. So basically, there is me and Scott.

Sponsors - Brave aren’t they! Sure, not everyone can make that quantum leap to have their services and or products dragged to my level, but here’s the ones that made the cut: Homes by Roth; Jeff and Dana, Randy and Amie, Joe and Abby, Josh, Meghan and the whole Roth Racing crew. Ross Construction; my new friends from Muskogee, Go big or go home, that’s the byline here for sure! Thanks to Brady, Liz, Hayden, Ella, future star and Mr Personality Eli Garner, the original author of the 2am phone call! Ultragoons in Morley; The brothers are a mainstay of the division, it just wouldn’t be the same without them! Carbusters; the owner there is a dick, but he does have some small input, so they get a mention. Applied Automotives; the home of my first engine on incredible terms, always part of what we do, thanks Pete, Rob and Stevie! Bulk Metals; the best place in town for ferrous scrap returns, great people, and great prices. Mactrack; the absolute best in vehicle and asset tracking. If you haven’t got it, you need it! You won’t look back! Finlease Equipment Finance;  Peter Williams from Finlease is a magician, who in their right mind would give me money? But he gets it done! He is your man for finance. Thanks also to these people, they have donated so much  over time and whether their input is current or past they have been part of a fabulous if not illustrious journey. I recognise that for some it will be like being on a shit list...., but thanks to Phil Richards, Cody Balchin, The Whittington Family, Seato, Jason Oldfield, The Van Wormer family, Litchy, The Cardy’s; John, Jay and Chris , Mick Rawcliffe, Ian Groves, Rob MacGregor and Alan Nylander. 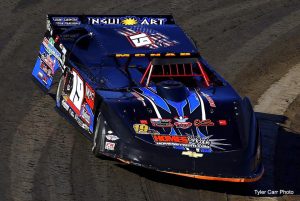